In this article I’ll explore JavaScript mixins in detail, and introduce a less conventional, but to my mind more natural mixin strategy that I hope you’ll find useful. I’ll finish up with a profiler matrix summarizing the performance impact of each technique. [A big Thank You to the brilliant @kitcambridge for reviewing and improving the code on which this blog is based!]

In JavaScript, every object references a prototype object from which it can inherit properties. Prototypes are great instruments for re-use: a single prototype instance can define properties for an infinite number of dependent instances. Prototypes may also inherit from other prototypes, thus forming prototype chains which more-or-less mimic the inheritance hierarchies of classical languages like Java and C++. Multi-tiered inheritance hierarchies are occasionally useful for describing the natural order of objects but if the primary motivation is function re-use they can quickly become gnarly labyrinths of meaningless subtypes, frustrating redundancies and unmanageable logic (“is a button a rectangle or is it a control? tell you what, lets make Button inherit from Rectangle, and Rectangle can inherit from Control…wait a minute….”).

Fortunately, when it comes to function re-use, JavaScript offers viable alternatives. In contrast to more rigidly structured languages, JavaScript objects can invoke any public function regardless of lineage. The most straightforward approach is delegation – any public function can be invoked directly via call or apply. It’s a powerful feature and I use it extensively. However delegation is so convenient that sometimes it actually works against structural discipline in your code; moreover the syntax can get a little wordy. Mixins are a great compromise, allowing entire functional units to be borrowed and accessed with minimal syntax and they play very well with prototypes. They offer the descriptive prowess of hierarchical inheritance without the brain-cracking issues associated with multi-tiered, single-rooted ancestry.

In general computer science, a mixin is a class that defines a set of functions relating to a type (e.g. Person, Circle, Observer). Mixins classes are usually considered abstract in that they will not themselves be instantiated – instead their functions are copied (or ‘borrowed’) by concrete classes as a means of ‘inheriting’ behaviour without entering into a formal relationship with the behaviour provider.

OK but this is JavaScript, and we have no classes. This is actually a good thing because it means we can use objects (instances) instead, which offer clarity and flexibility: our mixin can be a regular object, a prototype, a function – whatever, and the mixin process becomes transparent and obvious. 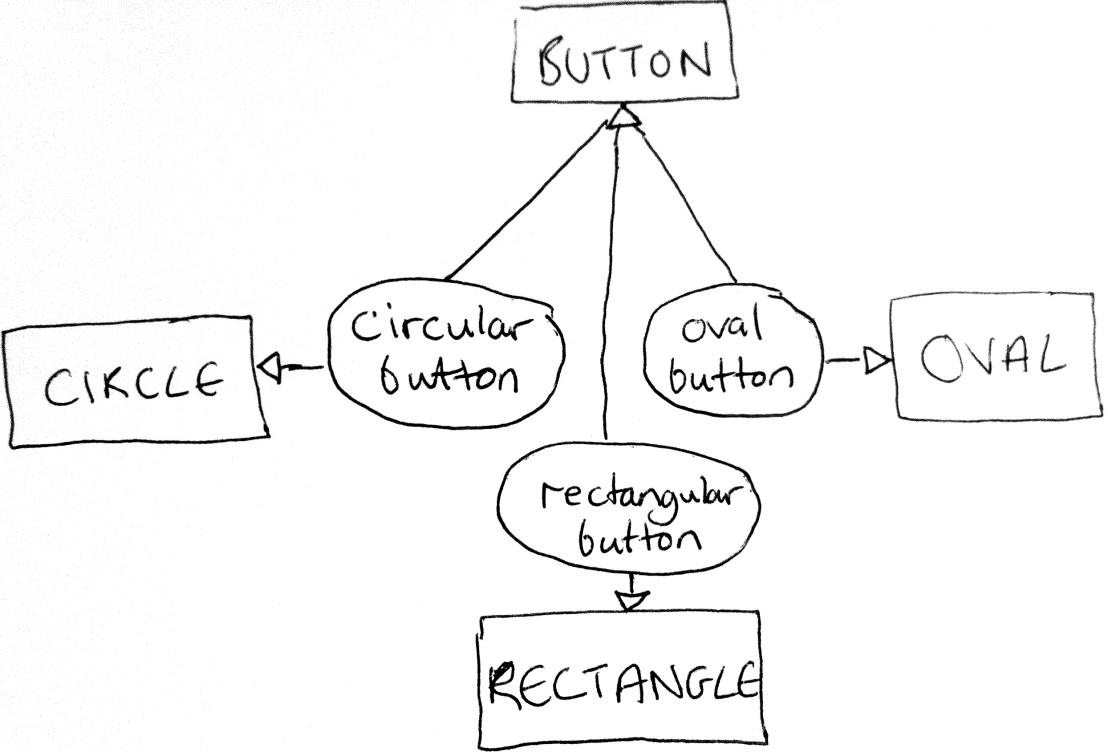 Scanning the first two pages returned from a google search for “javascript mixin” I noticed the majority of authors define the mixin object as full-blown constructor type with its function-set defined in the prototoype. This could be seen as a natural progression – early mixins were classes and this is the closest thing JavaScript has to a class. Here’s a circle mixin modeled after that style:

In practice, however, such a heavyweight mixin is unnecessary. A simple object literal will suffice:

And how does such a mixin object get mixed into your object? By means of an extend function (sometimes known as augment). Usually extend simply copies (not clones) the mixin’s functions into the receiving object. A quick survey reveals some minor variations in this implementation. For example Prototype.js omits a hasOwnProperty check (suggesting the mixin will have no enumerable properties in its prototype chain) while other versions assume you want to only copy the mixin’s prototype object. Here’s a version that is both safe and flexible…

…which we can call to extend our prototype…

If the functions defined by mixins are intended solely for the use of other objects, why bother creating mixins as regular objects at all? Put another way, a mixin should be a process not an object. The logical conclusion is to make our mixins into functions into which consumer objects inject themselves by delegation, thus cutting out the middle guy (the extend function) entirely.

This approach feels right. Mixins as verbs instead of nouns; lightweight one stop function shops. There are other things to like here too – the programming style is natural and concise: this always refers to the receiver of the function set, instead of an abstract object we don’t need and will never use; moreover, in contrast to the traditional approach, we don’t have to protect against inadvertent copying of inherited properties and (for what its worth) functions are now cloned instead of copied.

Now here’s a mixin for the button functions…

Put the two mixins together and we’ve got round buttons:

This functional strategy also allows the borrowed behaviours to be parameterized by means of an options argument. Let’s see this in action by creating an asOval mixin with a custom grow and shrink factor:

So maybe you’re concerned that this approach creates additional performance overhead because we’re redefining the same functions on every call. With the help of the excellent jsperf.com I ran metrics on every mixin strategy over 4 browsers (you can see the results at the end of this article). Surprisingly Chrome 12 performs significantly better using the functional approach, for the other browsers the functional mixin runs about half as fast as the classic mixin. Given that these mixins are likely to be invoked just once per type definition (as opposed to once per instance creation) the time difference should not cause too much worry, especially since we’re still talking 26,000 mixins per second even in IE8!

However just in case rates like that are keeping your manager up at night, there is a solution. By forming a closure around the mixins we can cache the results of the initial definition run and the performance implications are outstanding. Functional mixins now easily outperform classic mixins in every browser (in my tests by a factor of 20 in Chrome and a factor of 13 in Firefox 4). Again it doesn’t matter much either way but it leaves a nice feeling 😉

Here’s a version of the asRectangle with caching added…

Everything in life is a trade off and the aforementioned caching enhancement is no exception. We’ve now lost the ability to create true clones for every mixin, furthermore we can no longer customize our borrowed functions by passing option arguments to the mixin. The latter problem can be fixed up by running a curry function over each cached function, thereby pre-assigning custom options to subsequent function calls.

Here’s the asRectangle mixin with functions appropriately curried to allow parameterization of the grow and shrink increments.

As promised, here’s a summary of my jsperf tests, matrixed by technique and browser.
Remember the results are in thousands of operations per second, so high numbers are good.

JavaScript is an amalgam of function and state. State is generally specific to instances, while functions will almost certainly be shared across instances. Maybe it’s in our interest to separate these two most basic concerns and maybe mixins can help us do this.

In particular the functional mixin pattern offers a clear delineation. Objects are state while functions are organized in bunches like fruit on a tree, ripe for picking. In fact the strategy can be extended beyond pure mixins – functional sets can act as repositories for any object…

Have fun exploring mixins, and as always please let me know of corrections and other feedback!

84 thoughts on “A fresh look at JavaScript Mixins”